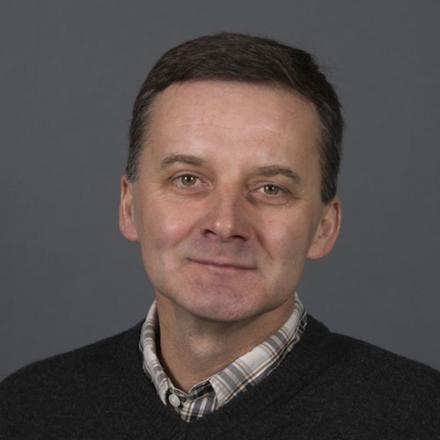 Dan Marsh is a Senior Scientist in NCAR's Atmospheric Chemistry Observations and Modeling Laboratory and the High Altitude Observatory. He is also the Chair in Comparative Planetary Atmospheres at the Priestley International Centre for Climate, University of Leeds, UK. He earned his master’s degree and Ph.D. in atmospheric and space sciences from University of Michigan and has a bachelor’s degree in mathematics and physics from the University of California at Berkeley. He is a global leader in the fields of whole atmosphere modeling, middle atmosphere composition and solar-terrestrial coupling and has had a long-term interest in the interaction of chemistry and dynamics in the mesosphere and lower thermosphere.

Dan’s significant research has been involvement in and then leading the development of the Whole Atmosphere Community Climate Model (WACCM). Dan first added an ionosphere and improved the representation of solar and geomagnetic forcing within the model and oversaw development of a version of WACCM coupled to an active ocean. Simulations from this model have been used for Coupled Model Intercomparison Project Phase 5 to provide a framework for coordinated climate change experiments. Dan continues to work on WACCM and it's upperward extension WACCM-X, NCAR's model for space weather. In ACOM, Dan heads up the multi-scale chemistry modeling group.

Working as a guest investigator on the Student Nitric Oxide Explorer experiment, he used empirical orthogonal functions to explore the seasonal and solar cycle variations in nitric oxide, which led to the development of an empirical model of nitric oxide that remains in use today. Dan was the first to identify a local maximum in mesospheric ozone near the polar night terminator which was named the "tertiary ozone maximum." He is active in the World Climate Research Programme activities that focus on the solar and particle influences on the stratosphere, and co-chairs a working group within the Scientific Committee on Solar Terrestrial Physics ROSMIC activity. From 2011-2015 he served as the President of the International Commission on the Middle Atmosphere within the International Association of Meteorology and Atmospheric Sciences. He recently became IAMAS representative to the Scientific Committee on Solar Terrestrial Physics.