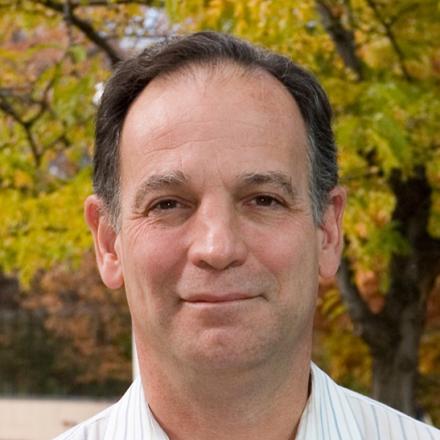 Stan Solomon is a Senior Scientist and a Geo-frontiers Section Head at the National Center for Atmospheric Research, High Altitude Observatory, specializing in the physics and chemistry of the upper atmosphere and ionosphere.

He received the A.B. from Harvard College, and the M.S. and Ph.D. from the University of Michigan. His dissertation research was on tomographic methods for analysis of satellite measurements of the aurora. After receiving the Ph.D. in 1987, Solomon studied auroral physics and upper-atmosphere modeling as a post-doctoral visiting scientist at NCAR. In 1990, he moved to the University of Colorado, Laboratory for Atmospheric and Space Physics, where he conducted chemical modeling and electron transport theory studies, and participated in the CU solar/airglow rocket program. In 1993, he was named an Interdisciplinary Scientist for the NASA Thermosphere-Ionosphere-Mesosphere Energetics and Dynamics (TIMED) mission, and in 1995, he became the Deputy Principal Investigator and Project Manager of the Student Nitric Oxide Explorer (SNOE), a small satellite constructed at the University of Colorado. From 1998 until it re-entered the atmosphere in 2003, SNOE measured the density of nitric oxide in the upper atmosphere, and the solar X-rays that generate it. He also taught several graduate seminars at the University of Colorado on topics ranging from solar-terrestrial physics to satellite system design, and supervised Ph.D. and Masters students. In 2000, Solomon returned to NCAR, and was appointed a Senior Scientist in 2006. He was the Deputy Director of the High Altitude Observatory from 2005 to 2009, and served as its Acting Director from October 2009 through June 2010. He is currently working on upper-atmosphere model development, the effects of solar variability and anthropogenic change, and airglow simulations for the Global-scale Observations of the Limb and Disk (GOLD) mission. Solomon has authored or co-authored over 150 scientific papers and has also written articles for the public. He has been on numerous committees for NASA and the National Science Foundation, and served as the Secretary for Aeronomy of the American Geophysical Union.