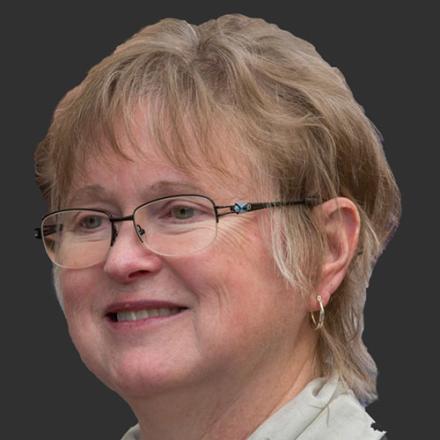 Delores Knipp is a Senior Research Associate at the High Altitude Observatory of the National Center for Atmospheric Research.

Delores has over 30 years of research and teaching experience in meteorology, and upper atmosphere and geospace environment physics. She actually began her career studying weather here on Earth. Delores spent some years doing conventional meteorology, particularly with the United States Air Force. She began getting interested in the “space-atmosphere interface region” and became completely hooked when she took an astronomy course during her master’s degree. She ended up studying space environments for her PhD, and she’s been studying space weather ever since. Her areas of focus include Remote Sensing and Earth, and Space Sciences. Delores researches the space weather effects on satellite drag and how distant stars, our own Sun, and Earth's environment affect spacecraft and signals in the region where space meets our atmosphere.

She is also a geo-space scientist and research professor in the Smead Aerospace Engineering Sciences Department at the University of Colorado Boulder where she is teaching physics, and doing astronomy-related research.

Delores is currently the Editor-In-Chief for the American Geophysical Union Journal, Space Weather.