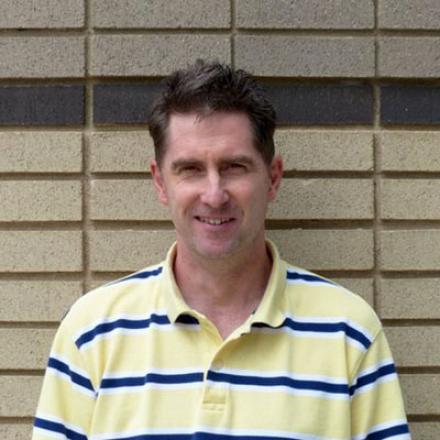 Joe McInerney is an Associate Scientist in the High Altitude Observatory of NCAR specializing in the development of, and validation of simulations from, upper atmosphere and ionosphere physics and chemistry models.

Joe received a B.S. degree in Atmospheric Science from the University of Missouri and a M.S. in Atmospheric Science from the University of Arizona. His thesis research centered on relationships of stratospheric temperature trends with other geophysical variables. After receiving a M.S. in 1989, he began development of algorithms to process and validate data for the Halogen Occulation Experiment (HALOE) on board the Upper Atmosphere Research Satellite (UARS) at the National Aeronautics and Space Administration (NASA) Langley Research Center. HALOE measured many atmospheric species related to ozone layer depletion and ozone hole formation.

In 1999, he became a visitor at NCAR in Boulder, Colorado as a University of Colorado Professional Research Assistant, again focusing on algorithms to process and validate data, this time for the HIgh Resolution Dynamics Limb Sounder (HIRDLS) on board the Aura satellite. HIRDLS was designed to do similar measurements to HALOE but with better spatial coverage and higher vertical resolution.

Then in 2006, he transitioned to a software engineer position with the Research Applications Laboratory at NCAR where he was involved in weather forecast verification and applications.

Finally, in 2007, an opportunity became available in HAO of NCAR as an associate scientist and he has been in that position ever since developing enhancements to the Community Earth System Model (CESM) Whole Atmosphere Community Climate Model—eXtended (WACCM-X). He has co-authored a number of scientific papers and has given numerous presentations at various scientific conferences.