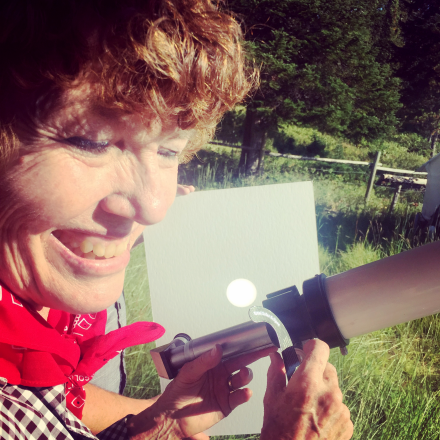 Mary Hudson is a Senior Research Associate at HAO since 2017 and an Affiliate Scientist at HAO prior to that since 2010. She joined HAO from the Physics and Astronomy Department at Dartmouth College where she served on the faculty since 1984, most recently as the Eleanor and A. Kelvin Smith Professor of Physics and Astronomy, chaired the Department for eight years and remains on the research faculty. She was a Co-Investigator on two experiments on the NASA Van Allen Probes satellites designed to study earth's radiation belts. She and her postdocs and students study the space weather patterns that originate from the sun, focusing on impacts on earth's magnetosphere and ionosphere. Current areas of investigation include the evolution of the radiation belts and how the ionized particle outflow known as the solar wind and the magnetic field of the sun interact with the magnetic field of the earth affecting the inner magnetosphere. Dr. Hudson also studies, with colleagues at NOAA and AFRL, solar energetic particles and their access to the inner magnetosphere and trapping in the inner zone. She is recipient of the American Geophysical Union Macelwane Medal (1984) and Fleming Medal (2017), and has chaired and served on numerous NASA, NSF and National Academy advisory committees. She is currently serving as an Editor for AGU Advances and is author of 168 publications in research journals and monographs, most recently an invited review paper on the Van Allen radiation belts for the AGU Centennial.

Mary greatly enjoys the chance to take morning hikes in the Boulder open-space with her husband Bill, as well as trips into the mountains for the backcountry experience, including of course winter. Seeing her grandchildren and children, one each in Boulder, is of course a highlight.