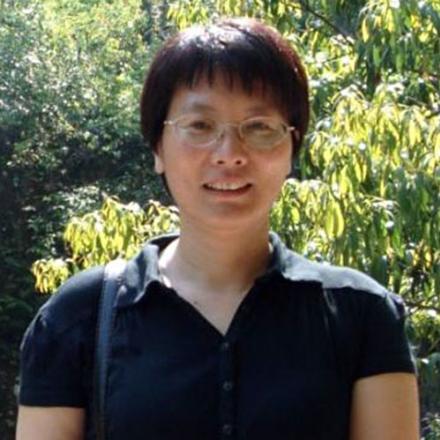 Mei Zhang has been an HAO affiliate scientist since 2004. She is a professor at the National Astronomical Observatory of China, Chinese Academy of Sciences, in Beijing, and chief scientist at the Huairou Solar Observing Station located in the outskirts of Beijing.

Mei studies solar magnetic fields with a particular interest in the million-degree hot, ionized solar corona. This hydromagnetic atmosphere connects the Sun to the perennial outflow of supersonic solar wind that fills interplanetary space. Mei has made several fundamental contributions to our understanding of the formation of long-lived coronal structures and their two forms of eruption, solar flares and coronal mass ejections (CMEs). These hydromagnetic processes play collective roles in the evolution of the corona in response to the global reversals of the Sun's magnetic field in cycles of 11 years. This phenomenon is a principal driver of space weather and climate.

Among Mei's scientific contributions is the intriguing theory that a theoretical bound exists for the magnetic twist, or helicity, trapped under conditions of high electrical conductivity in a coronal structure in equilibrium, developed in collaboration with Natasha Flyer (IMAGe) and B. C. Low (HAO). Observations have shown that the fields in each cycle emerge preferentially with negative and positive twists in the northern and southern solar hemispheres, respectively; true for all solar cycles. A Coronal Mass Ejection (CME) can then be simply explained as a failure of a pre-existing coronal structure's self-confinement due to an excessive accumulation of like-signed helicity. This theory is corroborated by the CME numerical simulations of Yuhong Fan and Sarah Gibson at HAO and other colleagues in the university community.

Mei is a graduate of Peking University, receiving her Ph.D. in 1999 from the educational system within the Chinese Academy of Sciences. In 2000, Art J. Hundhausen created a visiting scientist position in coronal physics with funds he received after having been awarded the Arctowski Medal from the U.S. National Academy of Sciences. The selection of Mei for this position brought her to HAO where she was appointed project scientist, 2001-2004, supported by the NSF Solar, Heliospheric, and Interplanetary Environment Program, following which she rejoined her Observatory under the 100 Talents Program of the Chinese Academy of Sciences.