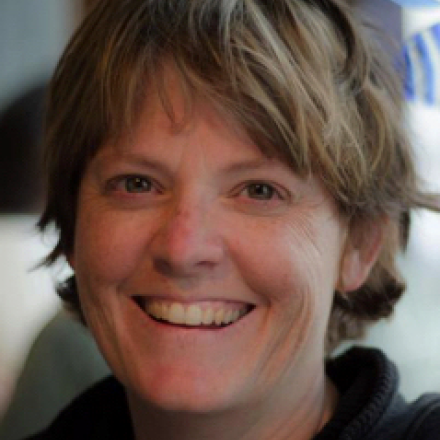 Sarah is a Senior Scientist at HAO and was previously Interim Director at HAO (2019-2020). Her research centers on solar drivers of the terrestrial environment, from short-term space weather drivers such as coronal mass ejections (CMEs), to long-term solar cycle variation.

Dr. Gibson uses theoretical models to understand the magnetic origins of CMEs and related space weather phenomena. A particular focus is observations and models of coronal prominence cavities, which are long-lived structures in the Sun’s atmosphere that store the magnetic energy liberated in CMEs. Dr. Gibson has led International Space Science Institute (Switzerland) International Teams on the subjects of Prominence Cavities and Coronal Magnetism.

Dr. Gibson also led the international Whole Sun Month, Whole Heliosphere Interval, and Whole Heliosphere and Planetary Interactions coordinated observing and modeling efforts to characterize the three-dimensional, interconnected solar-heliospheric-planetary system at solar minimum, and an International Astronomical Union Working Group on Comparative Solar Minimum to promote analyses of the degree and nature of variations within and between minima.

Dr. Gibson was the recipient of the 2022 AGU Fellowship and of the American Astronomical Society–Solar Physics Division 2005 Karen Harvey Prize. She was a Scientific Editor for the Astrophysical Journal and has served on many national and international committees, including the National Research Council (NRC) Solar and Space Physics Decadal Survey Steering Committee and Space Studies Board and the Association of Universities for Research in Astronomy (AURA) Solar Observatories Council. She was  President of IAU Division E (Sun and Heliosphere) from 2018-2021.

Dr. Gibson is committed to education and public outreach. She has been a scientific mentor to multiple post-docs, graduate and undergraduate students, and has presented several times at the American Association of University Women's Expanding your Horizon conference for middle-school girls. She gave the first of NCAR’s 50th anniversary public lectures, and participated in the NOVA episode "Secrets of the Sun".

Dr. Gibson received her Bachelor’s Degree in Physics from Stanford University, and her Masters and Doctoral Degrees in Astrophysics from the University of Colorado.